Are you sitting comfortably: the myth of good posture 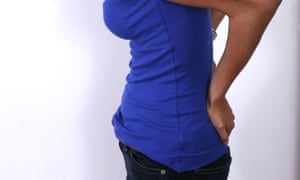 Do you slouch over your computer screen? Stand with your hips tilted forward and your stomach sitting out? Do people tell you to “sit up straight or you’ll get backache?” More than 2.5 million people in the UK have back pain each day – costing £22bn annually – so should we all be sitting up a little straighter?

“If you ask most people how to prevent back pain they will say: ‘Sit up straight and mind my back,’ because our parents have instilled this in us,” says Kieran O’ Sullivan, senior lecturer at the University of Limerick and lead physiotherapist at the sports spine centre in Aspetar hospital, Qatar. We are, says O’Sullivan, almost paranoid about posture. Yet the evidence linking posture and backache is surprisingly insubstantial.

Posture is defined by the world-renowned Cleveland Clinic as the position in which you hold your body upright against gravity while standing still or lying down. The word comes from the Latin ponere, which means to put or place. And posture mattered to the Romans – in the reign of Tiberius, when women were finally allowed to abandon their upright posture and recline while eating, commentators warned of moral decline. In fact, stiffening the back only arrived in the 19th century. Before then, aristocratic fashion favoured languid slouching.

So is there really such a thing as good posture? “The general public would say there is,” says O’Sullivan. “It is sitting up straight. At work, this is reinforced by ergonomic programmes to prevent back pain. These usually involve looking at the chair, height of monitor and where the keyboard and mouse are with the idea that if everything is aligned in a certain way – usually straight – you will get less neck and back pain.” The back is naturally curved – from the side it is S-shaped, with the neck slightly concave, the thoracic (chest area) a gentle convex curve before returning to a concave hollow in the low back (lumbar region). A good posture usually refers to gently straightening out some of these curves.

But there is no agreed gold standard of good posture. A study of 295 physiotherapists in four European countries asked them to pick their perfect posture from pictures of nine options ranging from slumped to upright. While 85% chose one of two postures, these were very different, with one having less lumbar curve than the others and a more erect upper back. The researchers warned that this posture would actually need higher levels of muscle activity and could cause greater tiredness and discomfort. The other favourite had more lumbar curve, but the researchers said there was no evidence it would reduce the risk of back pain. In fact, different postures suit different people – women, for example, tend to have a larger hollow in their lower back.

Ballet teachers are more consistent about what they consider to be good posture. “We call it alignment. It is one of the key principles in contemporary or ballet dancing,” says Anna Helsby, lecturer at the London Contemporary Dance School, based at The Place. “Dance is very difficult and lots of things depend on posture. We don’t want hunched shoulders or the pelvis to swing back, because then you are not using your abdominal muscles. We use imagery: the shoulders are aligned on the top of the pelvis, the pelvis to the knees and the knees to the ankles, so everything is in a straight line. We think of a plumb line running through the body.”

O’Sullivan says that rather than focus on the right posture, the ability to vary it and shift easily may be more important: “While it is appealing to think that if you sit up straight you will not get back pain, this is not supported by big studies across many countries.” Indeed, while many websites swear that bad posture (usually defined as slumping, leaning forwards or standing with a protruding belly) causes everything from back pain to varicose veins and indigestion, there is no evidence that it causes general health problems. In 19th- and 20th-century America, bad posture was blamed on everything from masturbation to excessive letter-writing and was said to compress the lungs. Social reformer and health advocate Dr Edmund Shaftesbury opined that bad posture caused the chest to slump, so that the heart, kidney and liver were so compressed they could not operate independently, and up until the 1930s teenagers were told to lie on their backs so that parents could check their spines were straight. The body was a machine that needed postural realignment.

“This brings us to the question why would anyone choose to correct their posture,” says Dr Eyal Lederman, an osteopath and honorary senior lecturer at University College London’s Institute of Orthopaedics and Musculoskeletal Science. “To date, all the research has shown that there is no relationship between any postural factors, including the shape and curves of the back, asymmetries and even the way we use our spine, to that of developing back pain. There is no relationship between sitting and developing back pain. Yes, if you already have back pain, you might feel it more when sitting; but it is not the cause of the back pain.” Lederman argues that we have evolved to be able to bend and lift: “These natural activities are safe and beneficial to our spinal health; we must stop being afraid of them.”

O’Sullivan’s advice is equally direct. “If you don’t have back pain, then do not give your posture one second’s thought – think about being healthy. Sleep deprivation and stress are more important than the lifting you do. Stress has a strong inflammatory role; it can make muscles tense. Most people don’t get that their back can become sore if they are sleep deprived.”

However, it is true that once you have back pain, then your posture may indeed affect it. Sitting for a long time is best avoided. “After someone has back pain, I would suggest they go to get a bit of advice from a qualified person about how can they can move with more confidence and less pain,” says O’Sullivan. “It is trial and error, but would involve exploring which way of bending is the most comfortable.” Parents, too, should relax and not worry about their children carrying heavy school rucksacks:

“Kids who get back pain do not have heavier bags, but research does show that if a child or their mother thinks their backpack is too heavy, then they will get back pain,” says O’Sullivan.

“Carrying something too heavy is not a risk – we keep reinforcing the idea that the back is very sensitive, but that is inaccurate. Kids are inactive and getting more overweight. Carrying a backpack is a way of getting physical activity.”